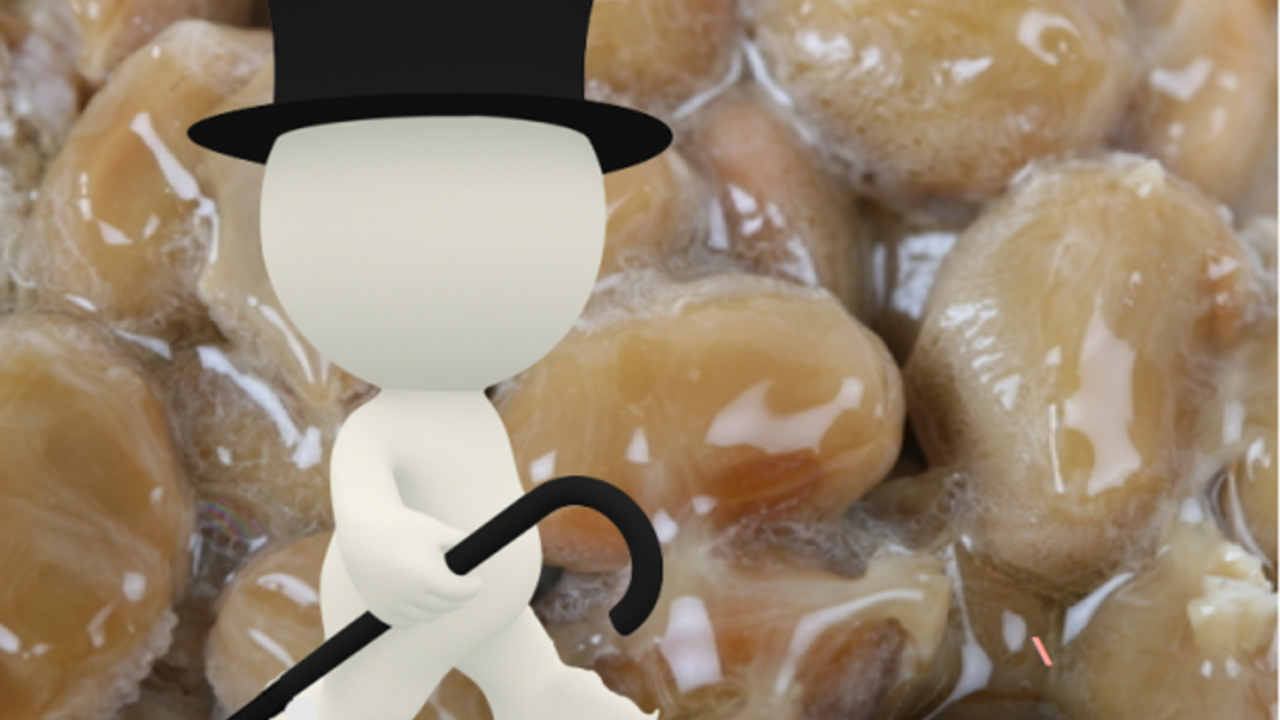 Nothing Natty about Natto. But the Strings of Soy Slime ARE Good for You. 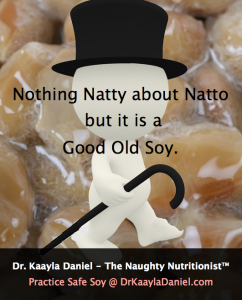 There’s nothing natty about natto.  This old-fashioned soy product is made from whole soybeans that have been soaked, boiled or steamed, and then fermented.    It’s known for its sticky coat, cheesy texture, musty taste, sliminess, stringiness and pungent odor.   Healthwise, it’s good for us and one of the “good old soys.”

Natto first appeared in northeastern Japan about a thousand years ago.  Traditionally, it smelled like straw because it was made by inoculating whole cooked soybeans with Bacillus subtilis or Bacillus natto and incubated in straw.   The straw also absorbed the none-too-fragrant ammonia-like odor.   Because of frequent contamination by unwanted microorganisms, natto makers abandoned the straw method in favor of inoculating the cooked beans with B. natto, then mixing and packing the product in wooden boxes or polyethylene bags.

Natto is one of the few fermented soy products in which bacteria predominate over the fungi.  It’s made the news as a good source of vitamin K2, which exists in only a few foods other than animal fats like butter, but is vital to blood clotting and healthy bone formation and preservation.   Nattokinase is an enzyme sold as a supplement and recommended by many alternative MDs for cardiovascular and circulatory problems.

As a food, natto may be served with mustard and soy sauce, or used in soups and spreads in Japanese cuisine.   A little goes a long way.   Children love it — not for its strong, rotten flavor — but because its glistening threads can be stretched, making it one of the all-time great play foods.   As for them actually eating it, not likely, at least not over here!

Indeed, natto isn’t even popular in all parts of Japan.  In areas where it is popular, many restaurants that serve it require patrons to sit in a private area so as not to offend other patrons with the distinctive smell.

Why so?  I’ll let the irrepressible Anthony Bourdain explain it: 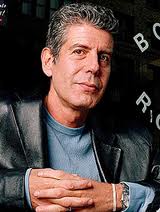 “What I was not ready for, and never will be, was natto  .  .  .  an unbelievably foul, rank, slimy, glutenous and stringy goop of fermented soybeans.  . . .  If the taste wasn’t bad enough, there’s the texture.  There’s just no way to eat the stuff.  I dug in my chopsticks and dragged a small bit to my mouth.  Viscous long strands of mucuslike material followed, leaving numerous ugly and unmanageable strands running from my lips to the bowl.  I tried severing the strands with my chopsticks, but to no avail.  I tried rolling them around my sticks like recalcitrant angel-hair pasta.  I tried slurping them in.  But there was no way.  I sat there, these horrible-looking strings extending from mouth to table like a spider’s web, doing my best to choke them down while still smiling . . . All I wanted to do now was hurl myself through the paper walls and straight off the edge of the mountain.   Hopefully, a big tub of boiling bleach or lye would be waiting at the bottom for me to gargle with.”

That about sums it up.   Except that natto‘s actually very good for you!

PAID ENDORSEMENT DISCLOSURE: In order for me to support my blogging activities, I may receive monetary compensation or other types of remuneration for my endorsement, recommendation, testimonial and/or link to any products or services from this blog.